Why the Pope is Dope 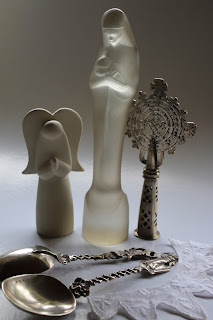 1.      The Argentinean Pope chose his Papal name after St Francis of Assisi, to show his commitment to the poor and love for peace. While in Nairobi, he will be visiting Kangemi slum. His philosophy on life is centred around simplicity and humility.

2.       Known as the ‘humble Pope’ he has chosen to eschew the normally lavish robes and jewels of the Papacy, preferring to wear the more humble robes of a priest, black lace-up shoes (traditionally the pope wears red shoes) and a silver rather than a gold ring. He lives in a Vatican guest house rather than the official Papal apartments. While in the US in September, he opted to ride around in a small black, Italian made Fiat car, rather than the better known ‘Popemobile’.

3.      A people’s Pope. In Nairobi, about 1.4 million people are expected to turn out for a Papal mass tomorrow. This will cause a problem for security. The central business district will be closed and around 10,000 police officers will be deployed.  “We are encouraging Kenyans to flock into the city in their numbers to cheer the pope and celebrate mass with him,” said a presidential spokesperson, Manoah Esipisu.

4. The previous Papal visit to Kenya was in 1995. Pope John Paul II visited 3 times during his Papacy. On this trip, Pope Francis will be in Kenya, Uganda and then the Central African Republic. Fox News lead the news story of this Papal visit with the headline; 'Pope Visits War-Torn Africa' which did not go down well in Kenya, spawning the hashtag #SomeoneTellFoxNews.

5.       In a recent survey, Kenyans were asked which issues they most wanted Pope Francis to address. Among the 777 Kenyans polled, 65 per cent would like the head of the Catholic Church to preach the message of peaceful co-existence among communities, while 24 per cent of Catholics and non-Catholics think the Pope should address corruption. Yesterday, President Kenyatta announced a major reshuffle in Government that saw him sack x5 cabinet secretaries for their connections with graft. 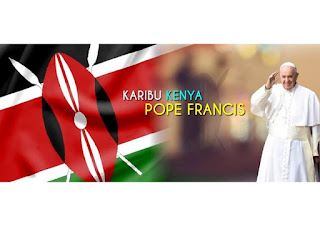