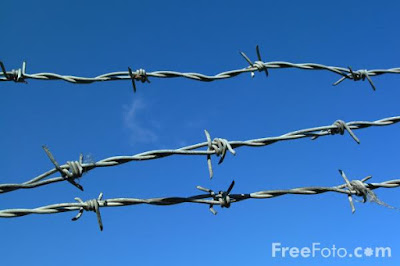 ‘Nairobbery’ – is the first thing that anyone says when you mention that you live in Nairobi. Sometimes I raise an eyebrow. Does crime not happen in any other capital city? Ahh, but Nairobi is worse, non?

Well to be honest, the last couple of weeks haven’t been great.  There has been a spate of street robberies or muggings taking place right outside our house in broad daylight.  The thieves tend to prefer weekends or mid morning. They pick a time when the neighbourhood is quiet and you don’t have cars dashing through too and from work who might be potential witnesses.

I have always felt pretty comfortable walking the block around our house. My husband jogs and sometimes he takes the kids. We’ve been thinking twice since a family out walking last Sunday were robbed at gunpoint. The man holding the gun decided to hold it to one of the children’s heads. The parents were pretty skeptical that it was indeed a real gun, but at that point, they weren’t going to ask questions.  Another lady was mugged while out jogging. She was only carrying a phone.

The Modus Operandi is very fast. A pedestrian (who is the thief) threatens a potential ‘high net worth’ individual/or individuals who are area residents, with a gun. The hapless victims hands over their valuables – which quite honestly is generally not much since if you have any sense, you are not going to go out walking or jogging with the family silver.  At best the thieves get a phone, perhaps a watch and at best 1,000 bob ($10).  The thief then calls a motorbike accomplice and they take off at speed.

It’s pretty nasty to feel threatened in your own neighbourhood and fearful to go out of your gate but this type of crime nothing new.  We are the privileged. It happens in very poor neighbourhoods and a lot of middle class neighbourhoods all the time.

My husband met up with the area police chief with some other concerned residents. The police said that they were aware of the problem and were doing their best to tackle it in a variety of ways. Sadly, even with the best of intentions, the local police are woefully ill equipped. When you go down to the area station, they hardly have a pen and a piece of paper in there. There’s a dirt floor and a large exercise book for logging your crimes. That’s literally it. No computer, no forms, no radios, nothing. Having said that,  I did see a quad bike circling our neighbourhood with four heavily armed special police on board the other day. Perhaps back-up had been called.

I feel incredibly awful for the people who have gone through this experience and am fully aware that any moment, this could be me. When it does happen, it's not going to be nice at all, however (not wanting to belittle the crimes at all), after some Chinese whispers and loose talk at the club, the tendency is to let this fear get the better of us. Don’t walk, don’t go out, don’t live and certainly don’t enjoy life.

So, when an opportunity arose to take life by the proverbials, rather than hide at home, I decided to grab it. I went out! Yes! Westlands!  Of course I had not initiated this but when I was invited, I decided to go along.  The evening started with a terrifying night drive via Kikuyu to Waiyaki Way where I proceeded to the Safaricom Michael Joseph Centre for an electrifying ‘Calories for Charity’ Zumba evening. I arrived late with a friend to find over 150 people wiggling in front of a stage to a pounding beat. I tried to ingratiate myself into the crowd, but was unwilling to fall right to the back for fear of not following any of the routines, so plumped for the middle. I got some disapproving looks for cutting in, but I did choose a place behind a pillar, so as not to annoy too many people.  The place was jumping – and boy, was it sweating too.  Hundreds of ‘after work on Friday’ dancers shaking their stuff to a revolving group of dance leaders.  We were dancing for over three and a half hours. The sweat was pouring.  I looked at my watch – it was WAY past my bedtime.  We showered (I forgot a towel so had to improvise with a bit of drying with my gym kit). I dried my hair, slapped on some slap over my pink cheeks, looked at my watch a few hundred times and then we went out!  It was 11pm – a long way past my bedtime. (how middle aged can you get).

It’s amazing how easy it is to get a slap up delicious, steak and chips meal at midnight in town.  We went to Havanas bar, which was fab.  I loved the cheeky Michael Soi paintings that look like they’ve been there forever. Followed by Gypsy’s for yet more dancing (my knees were crying out for mercy by this point!) and a lot of craziness. The best bit was that I was still so sober after all the dancing, so felt like I was experiencing the whole evening like a very clear headed fly on the wall – just soaking it all in.  And wow, there was a lot of colour. This wild Nairobi night life was a total eye opener for me. A friend grabbed an Uber cab home when she’d had enough. My ride wanted to keep on dancing.

A group of us girls were out with our Zumba instructor and his girlfriend. We were discussing whether to carry bags and phones with us into the bar or leave them in the car. We decided the car was the best option – better safe than sorry. Our Kenyan friend said, ‘don’t be so negative about Nairobi.’ There were people spilling out of bars and dancing on the street. It was fun. I got home just shy of 3am and boy, it felt good.

I don't want to come across as glib about the crime situation here but recently I've realised that, in spite of the fact that I am getting very old and in spite of the not-so-great crime related stories that you hear, it’s important to still get out and engage with life and not always feel that you need to hide away because of fear. Yes, keep your head screwed on but also, enjoy life. It can be so horribly short.

We do live behind bars and there is a good reason for that but it doesn't mean that it doesn't really suck. Do I still go out alone for the odd evening with girl friends? Yes. Do I go out with my husband (and kids) to a restaurant after dark? Yes. (Okay, not as often as I would like since I am basically a hermit, but we do go!).

P.s. I learned that yesterday a motorbike (boda-boda) gang were arrested by police in the area. Let's hope that is good news for our area. L.I.F.E...G.O.E.S...O.N...

p.p.s  No rain yet and the weather is still a balmy 28-30 degrees. I don't think that I have ever seen the Jacaranda looking so lovely in Nairobi. Much to my kids' horror and risking life and limb, I keep stopping the car to take photos of trees.  I'll post some of them tomorrow.