Nairobi. To shop, or not to shop 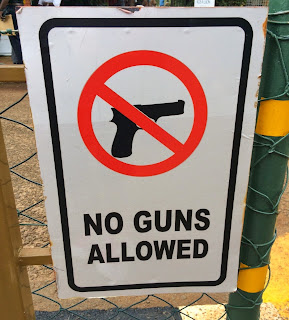 On a busy bank holiday last weekend, I took my kids to a shopping centre to watch a movie.  Gasp.  Horror.  'You took your kids to a movie?' An incredulous school parent said at afternoon pick-up time this week, after asking what I had been up to.

Even worse. Even more shocking, I took someone else's child to a movie (with my kids of course).  And this child spent the whole time in the car on the way there saying, 'this is really great because my parents don't usually allow me to go to places like that because of security.' Half of me thought it was really great. Neither I, nor my family, are going to cow-tow to a culture of fear. And the other half of me thought, oh hell - well, we are committed to this now. Too late to back out.

Some of you might be reading this blog from overseas and thinking, what's the big deal?  A bank holiday, catch a movie, so what?  But for the rest of us; Nairobi + shopping centre + peak visitor time/holiday weekend and crowds = alarm bells ringing like crazy.

The Westgate attack changed everything and the Garissa attack that took place a month ago just reinforced the fact that terrorist activity will probably continue.  'Threatening' text messages circulate, warning of imminent fresh attacks, so, necessarily, everyone's behaviour has changed.  However, in my opinion, the steps that have been taken are not going to help in event of another attack. In the face of an increased level of threat, what has happened?  More security guards have been employed.  Cars are checked more vigorously. There's more screening of bags and and pockets at the entrance to shops and offices. My heart sank when I was even asked to open the boot of my car at the approach to my kids school. It is crystal clear to me that no amount of car searching or bag checking by security guards will ever derail the combined effort of a handful of well armed attackers with a specific target in mind.

Shoppers are reminded of terrorists attacks each time they are instructed to open the boot of their car or open their handbag and it is these shoppers who are most vulnerable in the event of a shopping centre attack. If gunmen were to storm a centre, or even an office building or institution of learning, then it is the workers in that building who should be empowered to keep any visitors safe.  Shop workers should have a coordinated plan so that they can proceed to an escape route quickly, guiding customers, rather than be ‘sitting ducks’ forced to hide out, helpless, in the event of an attack. Is this in place? I honestly don't think so.

Let's say I wasn't a housewife, mum or freelance writer and I was invested in this industry (rather than coming at this from a limited knowledge) - then these are the steps that I would recommend to keep us all safer:

1.       Evacuation Drill.
Shop keepers in major centres should be properly coordinated so that there is an agreed exit strategy in the event of an attack. Emergency exit points should be allocated for each area (perhaps one exit for a cluster of 6-10 shops) in the same way that a fire exit/fire drill is agreed upon.  These exits should make use of service corridors and back entrances. Shift workers should obviously be appraised of any emergency evacuation plan.

·         *Shoppers do not know where service corridors and rear exits are located but shop workers do. Many lives were saved at Westgate when store staff were able to guide shoppers safely to escape via service bays and access corridors.

2.       Alarm Sounding/Effective Communication of an Attack
Alarm points/panic buttons should be located near public entrances, in basements and management offices so that security guards can effectively raise the alarm in the event of an attack.  An alarm bell would ring out loudly throughout the centre (like a fire alarm) when gunmen approach or have just entered.  On hearing the alarm, shop owners and workers know that they must immediately set in motion a drill to evacuate. Relying on security guards to communicate via radio is not quick enough.

3.       Emergency Exit Signs for shoppers
Additional signage should show shoppers where all emergency exit points are. A visible plan/map of the centre that is centrally located at a marked information point (as per UK/US shopping centres) with all exits very clearly marked would be a benefit. Shoppers (and shop workers) in Nairobi have recent attacks in the front of their minds, so would be glad to learn where emergency exits and escape routes are located.

So what happened at the weekend?  We had a great time at the movies but admittedly, when I saw the growing numbers of people in the shopping centre, I didn't hang around for lunch or an ice-cream and we just quickly made our way home.  It is now instinctive to shy away from crowded places and I heartily appreciate that this is unfair to people who work in these centres. A recent 'unofficial' text message (undoubtedly from a dubious source) warns of a possible attack that is certain to take place in Nairobi's infamous rush hour traffic. So what are we expected to do? Stay home, not work, don't send our kids to school? That's crazy. No one can avoid the Nairobi traffic and it's hopeless to think of even trying - but there are sometimes things that we can do.

It's a sad fact that we can't function at the moment without having these threats constantly in the back of our minds but it's important that we adapt to survive.  Life can't be put on hold. Having my kids familiar with 'duck and cover' drills at school and perhaps nervous to go to the shops or cinema was certainly not what I had in mind for their upbringing, but now we are faced with the situation, what can we do but get on with it. I reckon that they might be comparatively quick thinking in an emergency - I know that my instincts have certainly sharpened up! These are the times that we live in.

(p.s. An expat friend recounted the experiences of living through the terrifying 2011 Japan earthquake to me this week. This involved an emergency evacuation, newly undulating roads, a collapsed phone system, fearing for the lives of her kids in school, facing the possibility of never seeing her husband again and then going back 6 months later to a life of checking supermarket food with a geiger counter before buying while wondering what long term affects of radiation might have on her kids and suddenly life in Nairobi seems positively humdrum!).