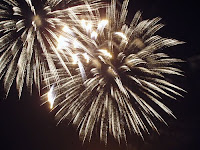 As a family, we went to two very different bonfire nights last week.

The first was a truly KC event (Kenya Cowboys only) at the Karen Club. Although the vast majority of the club’s members are black Kenyan, in an act of self segregation that is typical in Karen only the expat/KC firework enthusiasts seem to go down to the golf course to drink beer and wine, eat hot dogs and watch the display. Thinking about it, on this occasion, it may be because the former group have more sense. The event is open for non-members too and there’s a cash bar.

I must admit, I enjoy bonfires and fireworks as much as the next person but it’s always terrifying when darkness falls. Initially you are enjoying chatting with friends, vaguely aware that small boys letting off bangers off to one side, but safe in the knowledge that you can see where your kids are. Others wave sparklers haphazardly, some are kids as young as two and there is every chance that their parents may not be looking. Once it’s dark, all bets are off. Kids disappear, melding into the crowd or behind trees. There was a falling over adult marching toward the roped off bonfire with a spliff hanging out of his mouth who was lighting his own fireworks, accompanied by a circle of kids aged 7 and under like the pied piper. Thankfully he was reprimanded by management who said something about liability insurance, but not before one of his fireworks fell over and shot off horizontally into the crowd. It’s a combination of so stressful, but sort of fun because the kids love it and we like chatting to old friends, but again sort of too stressful for words. Most people cope by drinking too much. At the end, my daughter told me one boy was rushed off to hospital when a banger exploded in his face. I must vow not to go next year, but to be honest, not sure if I’ll be able to resist, it's sort of addictive.

The second bonfire night was a charity fundraiser organised by the kids' school with fancy dress, henna painting, coconut shy etc. An altogether more multi-cultural/multi-racial (loads of everybody mixed up - as long as they could afford the 600/- to get in) affair and very civilised (ie no bangers and sparklers allowed). The event is always very popular. Parents volunteer to help and I usually find myself up to my elbows in the bran tub, taking indecent amounts of cash-money from primary school age kids. It falls to the poor teachers’ man the raffle, the bar, the car park and the sale of food and drinks vouchers out of the pure kindness of their hearts. There are thoughtfully located rubbish bins lots of grounds men and security staff and bucket loads of safe/controlled fun had by all.

As far as the lucky dip is concerned, most of the hundreds of kids were searching for that elusive and much talked-up mobile phone that is hidden inside (in fact there were two), but end up with a free tube of Colgate toothpaste and a brush. As bran tub adult you then have to micro manage their disappointment or else resist the temptation to steer them toward a more promisingly shaped parcel. My nine year old daughter really wanted the phone but only because I’ve officially banned her from having one. She got toothpaste.

The first girl who actually won the phone told me later that she planned to sell it for profit, the second was only six years old and looked entirely non-plused by the boring looking box.
'Quick, take it straight to your parents' the lady on that particular shift encouraged her.

A highlight for me (and my ego) was being tracked down by an ‘Expat Wife’ reader who said she identified me through a friend.
‘Whenever you have a bake sale, I have a bake sale – I knew you must be a parent here!’ she said. I was chuffed to bits!

My poor parents-in-law got roped in to man my husband’s stand all night. Head torch and glass of red wine in hand. They’d only got off the plane from England the day before! Scrupulously fair, they managed the queue and charged both our daughters’ full whack for a ride in their Dad’s car.

Another big firework display is held at the Muthaiga Club but I can't comment on that one, as I've never been.